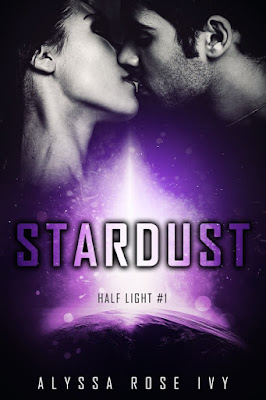 Hey everyone! I'm thrilled to announce the release of Stardust (Half Light #1). This is my first Sci-Fi Romance, and I had a blast writing it. I'm classifying this series as New Adult/ Mature Young Adult, and it has the age/feel of the Crescent Chronicles but Sci-Fi rather than paranormal.

The wait for book 2 won't be long. Stargaze will be releasing on May 24!

I hope you enjoy your journey into the Half Light!
Also, stay tuned for Pteron and Corded news coming soon!

What if the one you thought was your savior was actually your captor?

The earth was never destroyed. A few words uttered by a stranger change Rachel’s life forever. After years of believing earth is gone, Rachel discovers that she cannot trust anything she thought was true or anyone she thought she loved, including the alien prince she was bound to spend her life with. Terrified and angry she takes a chance— and returns to earth.

College sophomore Noah is just going through the motions. He is numb to everything and everyone since tragedy took his brother away far too soon. All he wants to do is survive another year of school until everything changes— he meets her.

Not quite sure what to make of Rachel’s sudden appearance on his doorstep, Noah offers her help, and she unwittingly pulls him into a mess of intergalactic proportions. As the stakes are raised, their attraction to one another builds into something so much more than stardust. 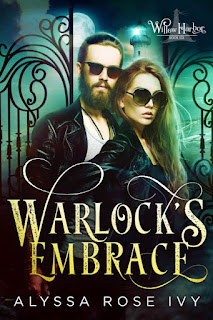 Anyone ready for another trip to Willow Harbor?
Warlock's Embrace - Coming April 5th!
Sometimes what you need the most has been there all along...
Delpha is terrified. She is terrified of accepting her sorceress side, she is terrified of never fitting in anywhere land or sea, but most of all she is terrified of allowing herself to be loved.
Cad is worried. He’s worried he’ll never have the life he’s always wanted, he’s worried that he’ll never outrun his ancestors betrayals, and most of all he’s worried he might lose Delpha forever.
When a deadly darkness threatens Willow Harbor, they must push aside their fears and create a magic only the two of them together can wield.
Strange Neighbors. Hidden Desires. Small Town Charm.
Welcome to Willow Harbor where everyone has a secret.
What’s yours?
The Willow Harbor Series:
Standalone NA Paranormal Romance
Book 1: Shifter's Fate by Alyssa Rose Ivy
Book 2: Vampire's Descent by Jennifer Snyder
Book 3: Hunter's Revenge by Juliana Haygert
Book 4: Triton's Curse by Sarra Cannon
Book 5: Siren's Song by Juliana Haygert
Book 6: Warlock's Embrace by Alyssa Rose Ivy

*Available for Pre-order: books2read.com/u/bzalp2
Posted by Alyssa Rose Ivy at 11:44 AM No comments:

Posted by Alyssa Rose Ivy at 6:30 AM No comments:

Hey everyone! I'm excited to announce that the first four books in the Willow Harbor series are available now! I hope you decide to check out this small-town paranormal romance series and fall in love with the town and characters as much as I have. 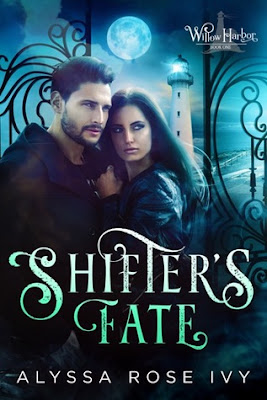 Mattie is desperate when she accepts a librarian position in the small coastal town of Willow Harbor. She plans to spend a few months there, enough time to get a reference and move somewhere she actually wants to be. But fate has other plans.

Pierce has given up on finding his mate. His family line of true shapeshifters will die out, but there is nothing he can do with only a few weeks left before his birthday. Until Mattie shows up in town.

When Mattie's past catches up, and Pierce's family turns on him, will fate be enough to see them through?

Strange Neighbors. Hidden Desires. Small Town Charm.  Welcome to Willow Harbor where everyone has a secret. What’s yours?
Available now for only 0.99!

Extend your visit to Willow Harbor! Check out the other books in the Willow Harbor World!
http://www.willowharborseries.com/p/books.html 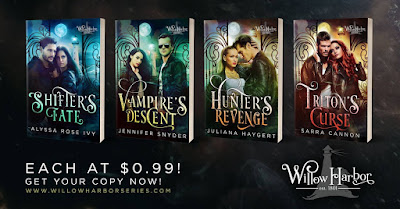 Posted by Alyssa Rose Ivy at 7:06 AM No comments:

WELCOME TO WILLOW HARBOR
WHERE EVERYONE HAS A SECRET. 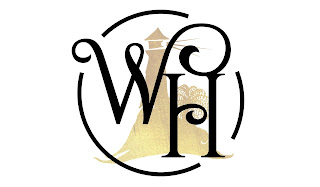 Hey Everyone! I'm thrilled to announce an exciting project I've been working on with Jennifer Snyder, Juliana Haygert, and Sarra Cannon. We've had a blast creating an all new paranormal world, and we can't wait to share the first four novels with you this fall.
Want to know more? Check out the Willow Harbor Website,

and be sure to join the Willow Harbor Facebook Group for updates, giveaways, and behind the scenes fun.

Posted by Alyssa Rose Ivy at 3:00 AM No comments: 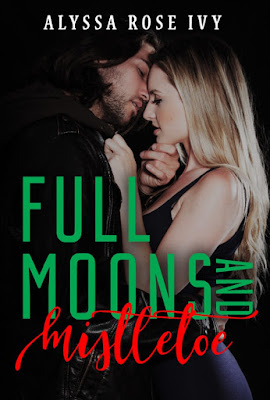 Hey everyone! I'm excited to announce the release of Full Moons and Mistletoe! This is an adult Paranormal Romance Holiday novella. I had a blast writing about Alexandra and Ryder, and I hope you enjoy this sweet and sexy holiday read!

Single mom Alexandra will do anything for her son Langdon even if it means hunting down his wolf shifter father who doesn't know the boy exists. With each full moon Langdon comes closer to shifting, and Alexandra knows she's running out of time.

Ryder is the Alpha of his pack and out of his mind longing for his mate who slipped away from him before he could claim her. When Alexandra and Langdon appear in Ryder's life, he'll stop at nothing to protect them and keep his family by his side.

Want even more Holiday Romance? The Hazards of Mistletoe is on sale for 0.99! 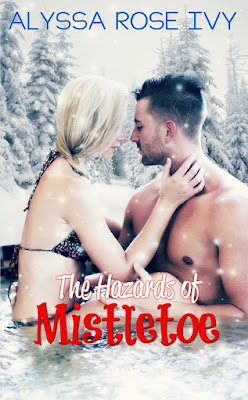 Amazon * Nook * iBooks * Kobo * Google play * Smashwords
One snowy Christmas Eve, one mistletoe kiss, one friendship changed forever.Don’t underestimate the power of mistletoe. It looks innocent enough, but a single branch has the potential to change your life. One mistletoe kiss led to the most embarrassing night of my life, but thankfully by the next Christmas I ended up exactly where I was supposed to be.
Posted by Alyssa Rose Ivy at 8:27 AM No comments: 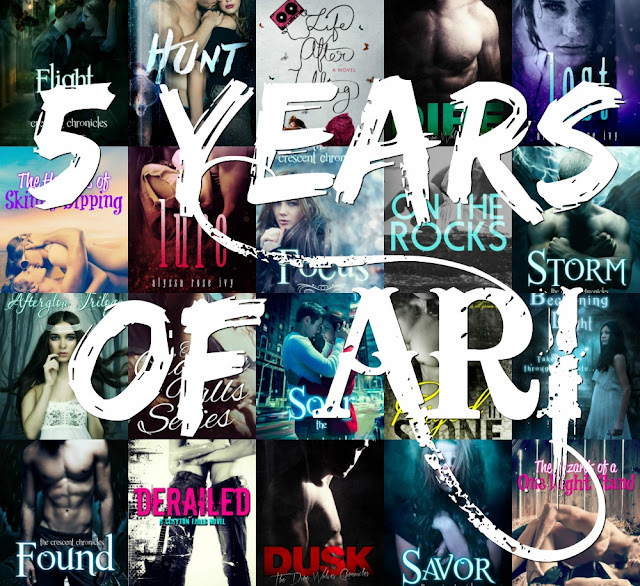 It has been five years since I hit publish on my first book, Beckoning Light. At the time I never could have imagined the journey that lay ahead. Five years and more than thirty novels later, and I am grateful that I somehow got up the nerve to publish the beginning of Charlotte's story.
These years have been a crazy and wonderful experience, and I am thankful I've had the opportunity to meet and interact with so many amazing people.
I thought about doing a big giveaway for today, but instead I am going to make the whole year a celebration. It's all going to culminate with a Pteron event in New Orleans to commemorate 5 years after the Flight release when the Chronicles were born.
Check back for more details-- but I can tell you now it will be the weekend of July 15th 2017-- when I'll be in New Orleans for the Bourbon Book Bash signing.
Posted by Alyssa Rose Ivy at 5:51 PM No comments: 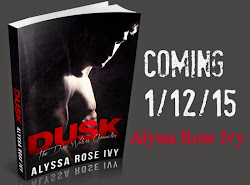 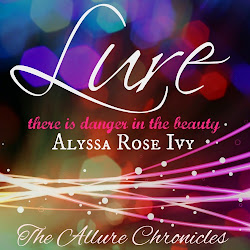 The Hazards of Sleeping With a Friend 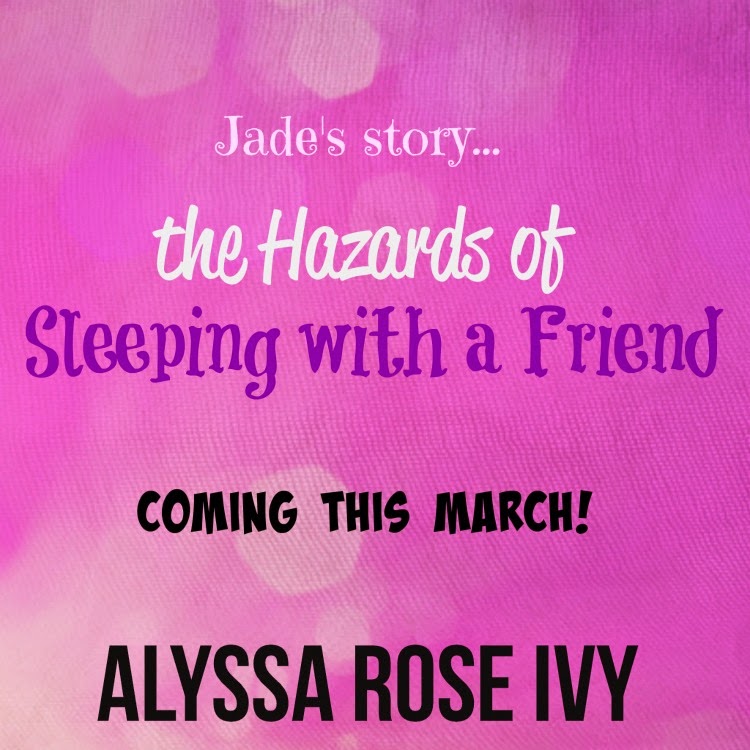 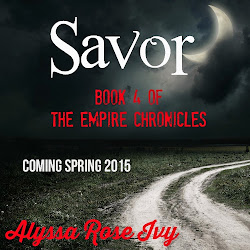 The Hazards of Mistletoe 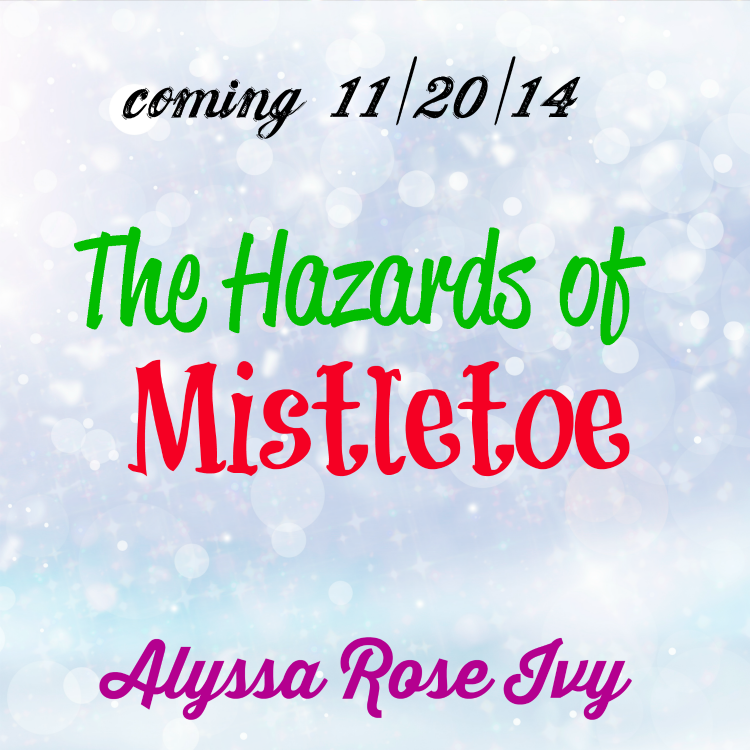